When I was a kid my family moved around a bit. We lived in CT, PA, KY and then back to CT again. We spent a couple summers on a boat in RI while parents handled the move between states. While my brothers and I were seperated by years, interests, and social cirlces, we found a way to coexist. We weren’t close, but we were never too far apart.

When my youngest brother told me I was going to be uncle, I felt emmense joy and also sadness because this was a transition in stage of life for him. I haven’t been around since he got out of the marines. I’ve never been close to him as an adult.

When the middle brother told me several weeks later that they were expecting, I realized that both of the relationships with my brothers were about to change.

I thought of the things I wish I had done with my brothers. I thought of the times I missed the most. My first thought was the long annoying road trips we used to take. From our home in Connecticut to skiing in VT. That time we traveled all the way to Maine, to visit our best friends the Beckers. At the time, these were painful experiences, but looking back on it, these were times where we learned about each other. One brother would pick the first CD we would listen to, another the next. Spencer got us into listening to the entire Harry Potter series on tape.

We learned a lot about each other on the road, stuck in a metal box for hours at a time.

These memories inspired my crazy idea:

Buy a van, build it out, and travel with them before they had their first children.

I’m a firm believer that I learn about myself and others on the road. This is the story of me, trying to learn about my brothers and myself on the open road. 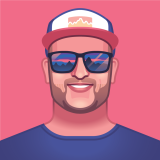